Wedding and Mobile Discos in Fife

Platinum Discos has provided top quality mobile discos in Fife for over 30 years.

Platinum Discos used to be based in Dunfermline so providing mobile discos in Inverkeithing, Dalgety Bay, Rosyth, Kirkcaldy and Kincardine was very easy. Now that we have relocated we still cover all of Fife as well as the rest of Scotland with top class mobile discos for weddings, birthdays and children’s parties.

Some of my favourite venues in Fife include St Andrews University who I’ve provided  mobile discos to for many years. I’ve also done lots of parties at The Old Course Hotel and Rusacks and Rufflets hotel. Another fantastic venue is St Andrews Bay Hotel, recently renamed Fairmont St Andrews. Other venues I’ve supplied wedding discos for include The Golf Hotel St Andrews.

Moving down the coast I’ve been doing mobile discos for birthday parties, weddings and children’s parties in Craill, Pittenweem, Anstruther, Elie, Leven and Kirkcaldy. In central Fife I’ve done several discos at Fernie Castle, The Corn exchange and the Bowling club in Cupar. The ship Inn in Newburgh was one of regular haunts for years too.

My favourite wedding venues in west Fife include Forrester Park in Cairneyhill, Keavil House in Crossford, Pitbauchlie Hotel and The Glen Pavilion in Dunfermline. I’ve been doing Christmas proms at the Glen Pavilion for the last 5 years for two of the local schools.

Mr and Mrs Little have run the Ferrybridge Hotel for as long as I can remember. It has great food and is a family run venue so your sure of a warm welcome. I did a wedding disco there recently after not being there for many years.

In Glenrothes my favourite venues are Balbirnie House Hotel and Balgeddie House Hotel. These are both stunning venues for weddings. I’ve had many a good wedding disco in both of these venues.

Only last week I provided the disco for a wedding in The Woodside Hotel in Aberdour.

A comparatively new venue in Fife is at Pettycur bay caravan park. With incredible views over the Forth Estuary and it’s sandy beaches it has some of the best views in Fife. It’s a brand new building and is ultra modern and has a good sized function room.

Just a long the road a bit is the Kingswood House Hotel in Burntisland where I’ve been providing wedding discos for over 20 years. It’s a great venue and I did a wedding disco there only a few weeks ago.

I think that about covers my Favourite venues in Fife and if you need any advice finding a venue give me a call on 07472 287 151 or email me. I’m happy to help anyone looking for a venue in Fife or anywhere in Scotland.

Over the years I have been to thousands of venues working as a Dj and I still haven’t been to them all. 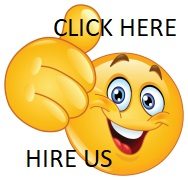 Weddings and Mobile Discos in Kendal An exceptional wedding in Coatbridge