The evolution of the modern party Dj

My life as a mobile party DJ has changed a lot over the years. When I first started to Dj back in 1976 music, was basically pop music and rock music. There were a few other genres I could play but those two were the most popular by far.

I played in lots of schools like Breadalbane Academy in Aberfeldy and it was always vinyl that I played. I started doing lots of discos in other local schools as my reputation as a good DJ spread. I did quite a few school discos in Crieff High School and in Dunkeld High School too.

My life as a party Dj had really started to blossom and I was learning more and more about music.

I started providing my mobile disco in Perth and that’s where I met Dougie in 1985, The year of the amazing film “back to the future.”

Dougie was a mine of musical information and still is. We would talk music and I taught Dougie how to Dj. He was a natural with great chat, a good sense of humour and from his first gig he got amazing reviews.

So over the years both Dougie and I have evolved in our job as a mobile party Dj. We have both done everything from children’s parties to weddings and travelled all over Scotland.

The disco equipment we use has changed beyond our wildest imagination from the simplest of lights to the high tech stuff we use today. 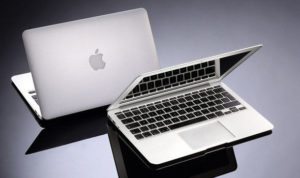 The biggest change though has been the use of a laptop to play music. I don’t think either of us would have believed you if you had said we would be playing our music through a laptop or even a tablet device like an iPad.

I actually have a facility on my iPhone that I could do a whole night at a disco on. I’ve always bought an iPhone with the largest capacity memory so I can squeeze lots of music into it. It’s my backup of my backup just in case.

I wonder where technology will lead us in the next 20 years as a mobile DJ.

The other thing that’s changed over the years is fashion and people’s attitudes. I think I prefer the attitudes of the 70’s and 80’s as well as the music.

The music we play at mobile discos recently has changed so much. At recent Dj meetings it has been discussed that modern music is probably the worst in the last 50 years or so.

It’s actually hard to find a song that you would want to dance to. At some gigs recently I haven’t had a request from any of my customers for anything new. Even the young children at children’s parties ask for Abba and Queen etc. That of course takes me back to my youth as a mobile party Dj.

My career as a mobile party Dj started off working out of my first car which was a bright yellow Ford Escort Mk2. Nowadays I have a nice new Nissan NV200 van. Far more comfortable and economical and has lots more gadgets like cruise control, ABS and air conditioning. Driving for a few hours going to a wedding or party is far more comfortable now.

Another aspect of my mobile DJ life that has changed is all the party games that I have learnt. When I do children’s parties I can play a whole myriad of games to suit all ages.

I’ve also picked up lots of games I can play with adults at a party. Having all this knowledge of games, music, great one liners etc is one of the reasons that I’ve improved as a mobile Dj over the years. From the mic shy Dj that started out in 1976 in Aberfeldy to the full time Professional mobile and wedding Dj that I’ve become who speaks confidently on the mic in front of hundreds or on occasions thousands of people.

My evolution as a mobile party Dj has been on so many different levels. Music, equipment, personality, confidence and the prices I charge.

After 42 years as a mobile party Dj I still love my job. What started off as a hobby as a 14 year old has turned into a lifetime career in music. To Dj at weddings and birthday parties, engagements, anniversaries every week is a pleasure. I’ve met some amazing people and shared some great times.

I’ve travelled  extensively throughout Scotland from St Andrews on one side to Oban on the other. From Dumfries and Berwick on Tweed in the south to Lochinver and Inverness in the North. I’ve fairky recently started doing lots of discos in England too.

My international Dj career took me to Egypt, Guernsey, Romania, Andorra and many other places. Once a Dj always a Dj! Even on holiday I seem to end up doing impromptu Dj sets!

If you would like to book an adaptable, highly experienced mobile Dj for your wedding, party or children’s party then please fill in our contact form.

Technology and the modern wedding Dj Wedding venues in Perth Scotland. Three of my favourite venues

Wedding and party playlists for your Dj

I thought it would be a good idea to write about my experiences as a mobile Dj with customer’s wedding and party playlists. I have been given playlists for both weddings and parties on the day of the event! This is definitely not a good idea as what happens if I can’t get an important […]

If you’re having a Wedding, Birthday, Anniversary or engagement party in Fife, Edinburgh, Aberdeen or Inverness, Platinum Discos can supply you with lots of different items that will make your party even more memorable. Mobile Discos and Djs. Platinum Discos has over 40 years of experience which is invaluable. Being a mobile Dj is a […]