Over the last 42 years I’ve done lots of charity mobile discos for various causes including Children In Need which I did for many years in Crieff, Perth and Aberfeldy and latterly in Dundee. 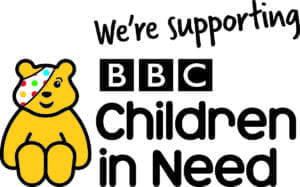 I also helped a lovely lady from Perth fundraise for Perth special care baby unit back in the 80’s. We did a huge charity mobile disco in The Salutation Hotel in South Street in Perth which raised a lot of money.

It was one of several events organised by Wilma Fraser and I. We had several members of the Bay City Rollers and David Easter from the soap Brookside at The Salutation Hotel or the Sally as it’s known locally.

We also did a lot of other events in the local area from Kirkcaldy to Perth.

More recently I provided a mobile disco for chest heart and stroke Scotland in Carnoustie at The Carnoustie Hotel. We were doing a charity race night with camels which was great fun. I had to play various pieces of music for the start of the races and at the end of each race. After a while I started to improvise and added to the fun of the event. 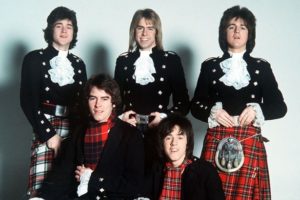 The gentleman in charge of the Camel racing was very happy and people said we worked extremely well together. I have to say I thoroughly enjoyed working with him as he was very professional and easy to get on with.

The night was a huge success and I got two lovely reviews from the event organiser and from Paul the charity race night provider. It was nice that the mobile disco Dj and the race night organiser worked so well together.

When the mobile disco started I had everyone dancing from the first song and it stayed like that until the last song. It was a great night and we raised lots of money!

Carnoustie Hotel is a lovely venue with the easiest access possible and that makes my life as a mobile Dj very easy!

When my mobile disco was in full swing I had lots of customer requests which I always like. As a mobile Dj I always welcome requests and guests coming up and talking to me.

When you have guests coming up and asking you for songs it improves the interaction and you get a better feel for your audience. This is a Djs dream. There’s nothing worse when your providing a mobile disco than a crowd who don’t interact with you, the Dj. 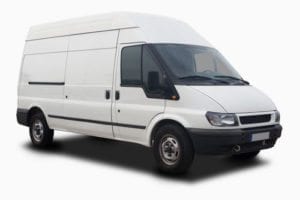 Being a mobile Dj isn’t as easy as people think. We often drive long distances to venues all over Scotland. My longest drive last year was from Dumfries to Lochinver to a beautiful place called Glencanisp lodge where I did a wedding disco for a very large group of guests from Holland.

I  had to Dj until 4.10am and then it was time to pack up my mobile disco and then drive to a wedding reception in Kenmore the following day at The Kenmore Hotel.

The lovely couple lived in Edinburgh. The bride, Nicole, was actually from America and the groom, Struan, was Scottish. After their Scottish wedding they were going to America to have another wedding day for the American relatives!

As a Mobile Dj you see weddings done in many different ways, just like charity nights.

Its an endless source of ideas and that’s always in your mind for future mobile discos that your doing.

One thing about charity discos that’s really important is to hire a great mobile Dj.  When I provide the mobile disco I play games and competitions to raise money for the charity and play great music to get everyone dancing.

People organising charity nights often look for the lowest priced mobile disco and Dj they can find. In my opinion this is a mistake as the really good Djs will raise far more money, the guests will stay longer as they are enjoying themselves more and the bar makes more profit.

The best thing about hiring a top quality mobile Dj for a charity night is that the next time  you do a charity night more people want to come as they heard how good it was the previous time. This means more ticket sales and more funds raised for your charity.

If you would like me to help you fundraise for your charity please fill in my website enquiry form.

I will be delighted to be your Dj and to give you the ultimate mobile disco experience.

St Andrews has lots of amazing hotels to hold your party or wedding in and perhaps your needing to hire a led dance floor, a photo booth or magic mirror or even giant letters? If you haven’t booked your entertainment yet then please have a look around our website and read our customer reviews and […]

This weekend I provided my my mobile disco in Campbeltown for a 60th birthday at The Argyll Arms Hotel. I have been to Campbeltown on several occasions over the years, usually to be the  wedding Dj but on this occasion I was the mobile Dj at a birthday party. Cambeltown is a long distance for […]